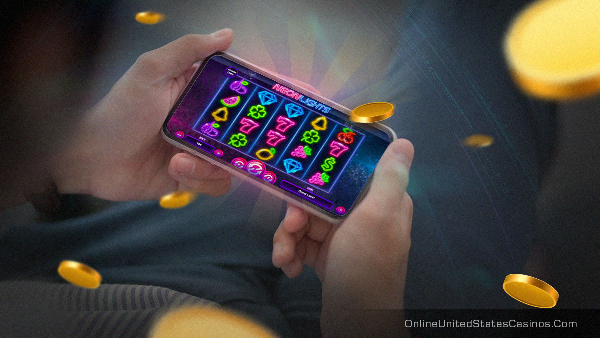 Slot machines are the most-loved casino gambling genre on the planet. Though they dominate gaming floors, most gamblers now prefer to enjoy them on their mobile phones. Smartphone slots have been a thing since the late-2000s, available to Android and iPhone game of chance enthusiasts. Thus, remote play is nothing new, and spinning digital reels from anywhere at any time is closer to becoming the norm than the exception. To make things easy for those who wish to test their luck online using a mobile device. A guide with mobile slot machine tips gets presented below. These nuggets of info should be enough for anyone looking to get their feet wet with titles from this category, equipping them with the genre’s essentials before they lay down their hard-earn cash pursuing chance-based prizes on mobile spinners.

Variance is the smartphone slot attribute that determines the rate of reward distribution. What does that mean precisely? It specifies what-sized prizes and how often these wins will get paid out to gamblers. Low variance informs players that they will get a steady stream of low-level winning amounts, while a high-variance game will do the opposite. It will supply lucrative prizes, but rarely. Naturally, medium variance slots also exist. Note that this slot spec may not be transparently listed at every mobile casino, as operators do not get obligated to share this info with their users. Thankfully, this information is widely available online. Low-variance products are more suitable for low-rollers, while high ones often get chosen by individuals who like to chase after massive winning sums.

The Importance of RTP

RTP or return-to-player is a spec expressed in a percentage, and it is best to think of it as the odds in play in a slot title. It uses a reserve percentage format than the better-known house edge. That means a casino advantage of 3% translates into an RTP of 97%. At its core, RTP gets used to depict how much of the funds bet on a specific reel spinner that slot will return as rewards to its user pool over time. Most sites whose apps can be found on Google Play and the Apple Store have titles in their libraries whose RTP average hovers around the 95% mark. This theoretical average is based on simulations involving millions of reel rotations.

Are the Number of Paylines Vital?

Not really. In truth, they are more of a presentation gimmick than anything else. That is because reel-spinning games utilize random number generators to determine their round outcomes. And it is this algorithm’s task to indiscriminately churn figures, which then determine what symbol combos form on virtual reels. More or fewer paylines do not affect the likelihood of a slot generating a winning token combination. That is entirely up to the incorporated math model.

Are Jackpots Worth Going After?

In scenarios where they do not require gamblers to make the max bet, the answer is yes. Most will have such a demand. In that case, players must make wagers of several dollars to become eligible for a game’s top prize. Since they face astronomical odds in this endeavor, it is not wise to engage in it. Know that the chances of landing a progressive jackpot are akin to hitting the lottery.

Money management is nothing more than the practice of adequately allocating gaming funds. It involves gamblers knowing not to spend more than they can afford to lose and keeping their impulses in check when betting. The allure of chasing losses may be too much for some people, and everyone must maintain a decent grasp on their emotions when things are not going their way. Smartphone gaming sites are terrific for players struggling with this. They allow mobile gamers to set deposit/loss/session limits that ensure they do not overstep their boundaries and wager responsibly.

According to many veteran reel-spinning fanatics, a few mobile slots that no one should miss are Reels of Wealth from Betsoft, Jackpot Pinatas Deluxe by Realtime Gaming, and Mythic Wolf from Rival. These super-dynamic titles can keep even the steadiest players on the edge of their seats. They accomplish this through high-end presentations, novel gameplay mechanics, and stunning bonus features.

The mentioned three providers are industry staples, but loads of others that have yet to reach their status of establishment boast games of similar quality. For example, Dragon Gaming’s best slots match up with anything on the market, and the same can get said for ones from Concept Gaming and Woohoo. The latter delivers exclusive releases to Bovada and this sportsbook’s sister sites.