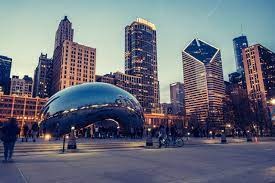 Here we will go over 11 interesting facts about Illinois.

Americans know Illinois as the state that is home to the culturally robust city of Chicago and for having some decent sports teams, but that’s about it. However, Illinoisians know their state for many other things, some of which are quite interesting.

1) The Great Migration and Jazz Culture

In 1915, the Great Migration began, and over seven million black southern Americans moved north to escape racial inequality. Many of these Americans landed in Illinois, and the state soon became enamored with the unique music they brought along. It wasn’t long before Chicago developed its reputation as one of the best jazz and blues scenes in the country.

Illinois is one of the lucky eight states in the Great Lakes region.

The Great Lakes are a series of large interconnected freshwater lakes boasting unique sea-like features. Any state in the Great Lakes Region has access to the best fishing, scenery, fossils, rocks, and minerals.

Illinois has made the environmentally friendly decision to go nuclear and is currently the largest nuclear power generator in America.

In 1941, it was estimated that around 800 albino squirrels roamed the city of Olney, Illinois, and there are still about 100 today.

Albino squirrels are very rare, so Olney having so many is truly unique. The reason the city is home to white squirrels is thought to be the product of a single breeding pair that were released after the state banned the confinement of wild animals.

Illinois is the starting point for many of America’s biggest celebrities.

Some notable Illinois celebrities are:

In 1940, Maurice and Richard Mcdonald opened the first McDonald’s in San Bernardino, California. The restaurant quickly garnered the attention of California residents, and business started booming. To keep up with business the Mcdonald brothers purchased eight shake mixers from a salesman named Ray Kroc. Kroc was blown away by the number of milkshakes being sold, and talked to the brothers about franchising.

Just one year later in 1955, Kroc launched Mcdonald’s systems, INC., and the first franchise was built in Des Planes, IL.

Four-fifths of Illinois is dedicated to farmland, making it the second-largest corn producer in America.

Illinois corn production is so massive that %28 of its exports are corn and its 14 ethanol plants create more ethanol than any other state.

Soybeans are another crop that Illinois is famous for. Soybeans are the state’s top agricultural export and have an estimated value of $3.1 billion.

In 1974, the 1,451 feet tall Willis Tower (originally known as the Sears Tower) was built, making it the tallest building in the world for the next twenty-four years and the tallest in America until 2014.

The Willis Tower is primarily used for office space but is also one of the most popular tourist destinations in the state because of the Tower Skydeck. From the Skydeck, tourists can see up to 50 miles over Illinois, Indiana, Michigan, and Wisconsin.

Illinois has the 3rd highest marijuana sales in the country, totaling around one billion in revenue in 2021.

The state legalized medical use in 2014 and recreational use in 2020. Today, nearly 200,000 residents have an active Illinois medical marijuana card, and around %20 of the population smokes recreationally.

The average Illinois dispensary makes roughly $9,000 in sales daily which is dramatically higher than in other states.

In 1918, Robert Pershing Wadlow was born in Alton, Illinois, and within one year, Robert’s parents recognized that their 3 ½ foot child was unique. By the age of eight, Robert was already taller than his 5’11” father, and by 22.4 years old he reached his tallest height of 8′ 11.1″.

Waldow, the “Alton Giant”, was diagnosed with a cell disorder called hyperplasia at 12, and doctors began treatment. Unfortunately, Waldow passed away at 22 due to an infection caused by a poorly fitted leg brace, but if he were able to continue his life with treatment, it is estimated that he would have grown to 10-12 feet tall.

11) The River That Runs Backward

The Chicago River in Illinois is home to the world’s only river that flows backward.

In the 19th century, Chicago treated the Chicago River as an all-purpose trash can that carried away garbage, sewage, and dead animals away into Lake Michigan. Unfortunately, Lake Michigan was also the city’s primary freshwater resource. The issue was mitigated by engineer Ellis Sylvester Chesbrough who moved the city’s river intake valve further out in the lake; however, this plan was only temporary. Chesbrough later started a multi-year project that included digging multiple canals to reverse the river’s flow, and it worked.